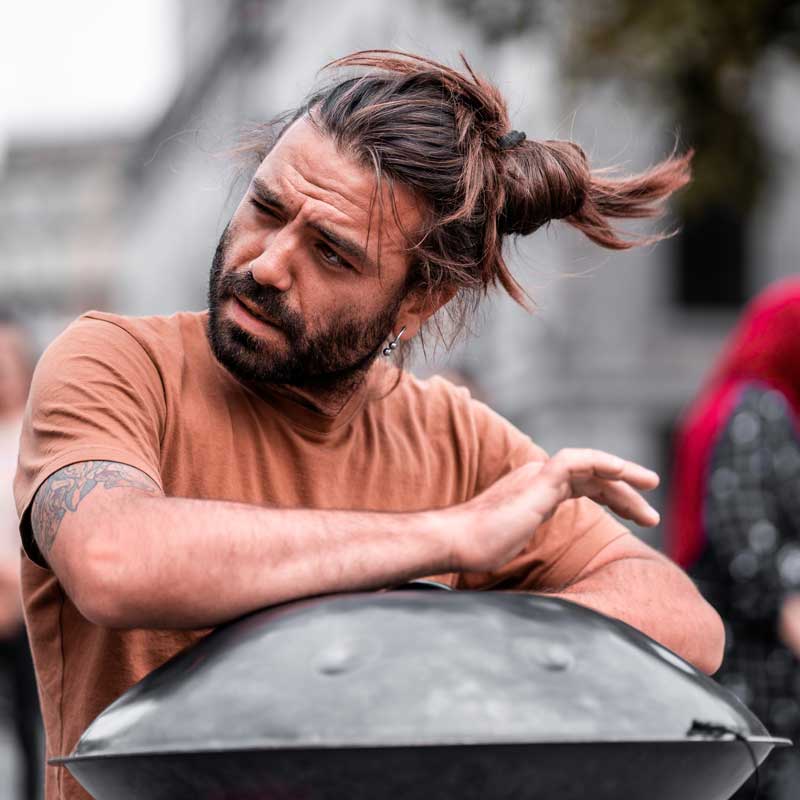 Gabriele Pollina is an Handpan player and drummer from Italy. His music style combines Handpan Music and electronic beats played live with percussive electro pedals. In 2016 he started a music trip throughout Australia, Asia and Europe, during this journey he has had the possibility to discover and be influenced by different musical cultures and styles, playing with multiple musicians around the world.

He moved to London a few years later where he performed mainly as a street musician but also for different events, festivals and venues such as The Shakespeare Globe's Theatre, Sofar Sounds, TedX, The Natural History Museum and more.