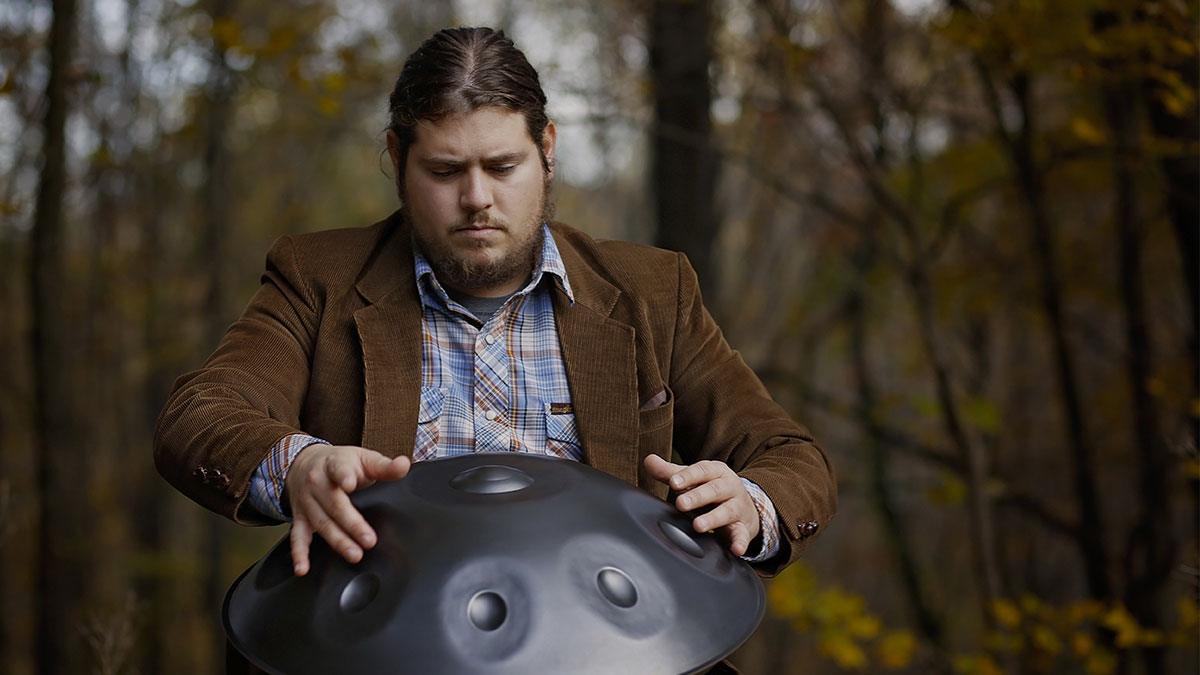 Hi everyone! Today I’m proud to introduce to you Mr Jacob Cole! He ranks highly as one my favourite handpan players, and I find his playing really inspirational. Here’s the interview I had with him...

Hey Jacob, it’s good to have you here.

Could you please introduce yourself?

How did you start playing handpan? What’s your story?

I first became very intrigued with the PANArt Hang when I came across it on Youtube back in 2002/03 while I was studying at Berklee College of Music. I soon after discovered, I would only be so lucky to maybe cross paths with only one in my lifetime. I gave up the search to play one till 2009, when I first learned about the Pantheon Steel Halo. Then basically the same thing happened with the Halo that happened with the Hang, it became just as unlikely I’d get to lay my hands on a Halo, so I gave up my desires and dreams once again. Until finally I decided to check Ebay in late 2013 and found a handpan for sale that was cheap and sounded good, so once it arrived that was my first experience ever playing one, and I was hooked for life!  I even have a video of that moment on Youtube!

I love that handpans are an instant portal to our feelings in the moment, similar to meditation.   It gives me inspiration to draw upon, letting go of my thoughts, being in the moment and letting the music flow.

How would you describe your handpan style?

I would say my style is a combination of grooving mixed with delicate song writing. Having studied drums like the tabla and frame drum, it gives me a world music approach as well as allowing me to use some of those other percussion techniques and phrasing on handpan.

What handpans are you playing currently?

At the moment I’m playing all my handpans:

I have also been playing a lot of Russian tongue pans such as the YW Pulsar and RAV Vast.

Could you tell us all about the brand new album you are working on?

Sure! I’ve been working on my second handpan album ‘HOPE’ for well over a year now, and it will be around 2 dozen of my original handpan/tongue pan compositions with many featuring my good friend and extremely talented violinist Mark Woodyatt. A few songs will also feature my very talented dad on upright bass as well!  Some tracks are just handpan/tongue pans, a bunch are handpan and violin, a few are all three of us playing, some include solo percussion loops, and others I’m even playing drum set on! The main influences for my songs come from my view of current society and this world, as well as my daughter Hazel. Some of the percussion instruments I used on the album are: (all my handpans and tongue pans) tabla, doumbek, ocean drum, udu, and shakers.

How do you compose? Do you have a method or ideas to share with us?

For me composing comes as small ideas or sections at a time, usually from just having fun and playing improv or experimenting with multiple pans to create new scales, I will figure out a new idea that I can work into a new section of a song.  Sometimes I write the ending of a song first, but without even realizing where it will fit until a year later! I never sit down and say “OK Jacob time to compose a song”, that is not how it works for me. My compositions take multiple years sometimes to finally put all the sections together, where I feel it is complete.

Ideas to help for songwriting include, as I mentioned before, trying out new scale/note combinations between multiple pans. This will often lead to new ideas very fast. But sometimes it’s as simple as turning the handpan around so different notes are now closer to you. Also I try to portray whatever feeling I’m feeling inside in my playing, ex: playing soft and delicate for a sad song, and playing up beat and groovy for a happy song.

Which track is your favourite, and why?

Hahaha this is a trick question right? All I can say to that is im very proud of how this album is sounding. I can’t wait to finish it and release it in September!

Any fun stories or anecdotes from during the recording or making of this album?

Well I sometimes joke with my sound engineer Eric that I really just pay him to use his massage chair he has in the studio, because I’m usually in it while listening.

If you were lost on a desert island with only one scale, which one would it be?

I have actually thought about this a few times lol. It would have to be my Aura Maelstrom, since it has a bunch of scales you can play within it.

We are also all interested (as it’s a handpan blog here) about your handpan recording equipment. Would you mind telling us what you use?

When I record for my Youtube channel and recordings at home I use my Zoom Q8 with a pair of matched RODE NT5.

How can we support the release of this album? I heard about your crowdfunding.

You can help by either sharing or pre-ordering ‘HOPE’ at this link.

I should mention also that I will be giving away an Ayasa E LongLoy 9 handpan with a new Evatek to one lucky winner who pre-orders ‘HOPE’!

Where can we find your previous albums?

Destiny is available on iTunes.