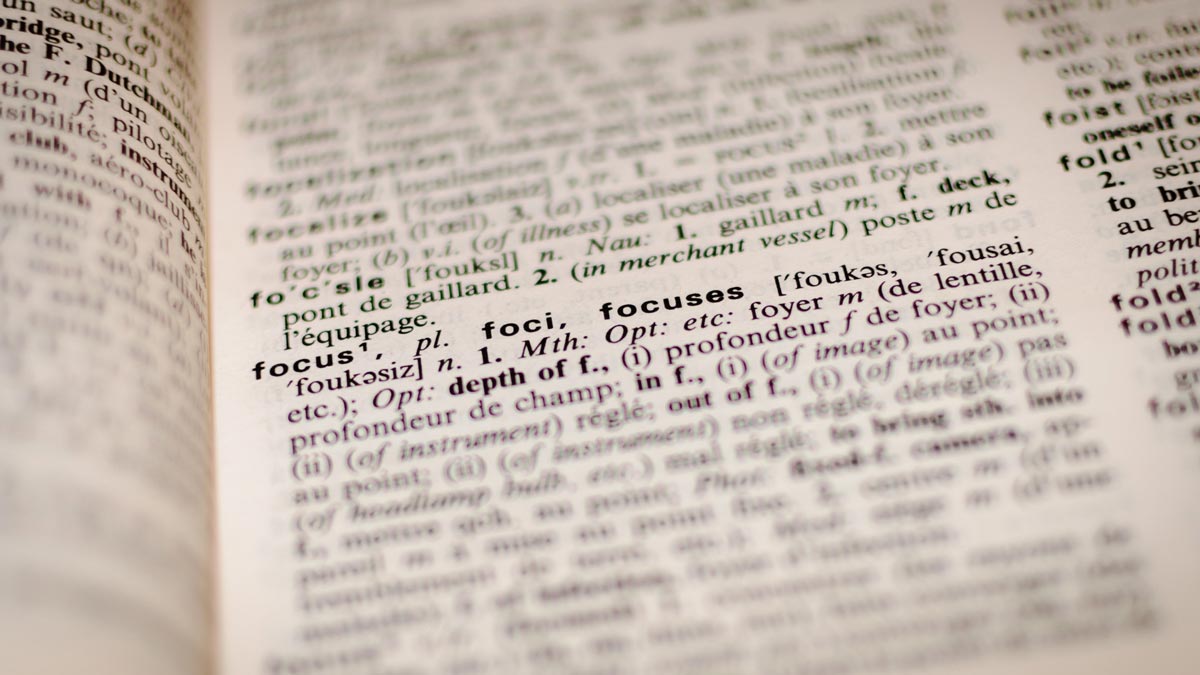 Gu, tak and inpex… to anyone new to our musical world, these words are like a foreign language or perhaps even the names of strange animals. Hmmm, I remember that time I was attacked by a vicious Wild Mountain Gu and ended up in hospital… Sounds scary right? Read on to find out what a Gu really is.

In fact, to help you navigate everything handpan, here’s my A-Z of all the words and terms you’ll ever need.

Apex Ding: A Ding that protrudes outwards, like a dome. See also ‘Outie’

Arpeggio: A broken chord split into a series of notes that can span more than one octave and include repeated notes.

Bottom shell: Also called the Gu shell or side, this is the metal dome that forms the bottom of the handpan. It contains the sound hole or Gu. It’s also becoming more popular to add notes to the bottom.

Chord: A minimum of 3 notes played at the same time.

Chromatic scale: This is both a handpan scale and a musical scale that involves all 12 available pitches, each a semitone above or below its adjacent pitches. There is only one chromatic scale, it just goes on a loop. So no matter what note you start on, if you ascend or descend covering all the next 11 notes, this is the chromatic scale.

Composition: Any original musical piece or full work, or the process of creating that piece. It can be a simple tune or song, a classical concerto or a full-scale opera. It usually involves notating (writing down) the piece, including time signatures and, where applicable, lyrics and voice parts, plus transposing for different instruments.

Crosstalk: An adverse interaction of two or more pitches, ie where the sound from one or more notes interferes negatively with others. This is particularly the case in a handpan where you get octave notes, such as a low and a high C, creating undesired sound effects with each other.

Cupola: Another word for the handpan. The term ‘cupola’ was popularized by Finnish musician Lauri Wuolio.

Dimple: A common term for the central, indented part of a note, so-called because of its shape. Its use is to reduce high, unwanted frequencies. See legend below.

Diatonic scale: This is a 7-note/pitch scale that many handpans are comprised of. It includes five whole notes and two half-steps or semitones, such as C–D–E–F–G–A–B.

Dynamics: The full range of volume – from the quietest to the loudest.

Flange: The non-resonant metal edge that connects the top and bottom shells of the handpan. Often it is protected by a ring of rubber or rope. See also ‘Rim’.

Flat: (1) A musical note – such as D flat (usually written as Db). Flats are a semitone lower than the natural note. So, for example, the distance between D and Db is a semitone (whereas the distance between D and C is a whole tone).
(2) A tonal problem. Using a tuner, if one/more of your handpan notes is flatter than it should be (ie ‘out’ of tune), it will need re-tuning.

Groove: A common term in the handpan world, groove is a rhythm, sense of swing or repeated pattern. In jazz, funk etc, a groove can evolve when the notes are played just behind or in front of the beat or when a looped pattern is masterfully accented. More generally, groove is a vibe that helps to differentiate various styles of music.

Gu: The circular opening, port or sound hole at the bottom of a handpan. The Gu allows air to escape from the handpan and is often tuned to the scale of the instrument. This also helps makers to tune the instrument from the inside.

Gudu: Gudu refers to a style of handpan that has two openings on the bottom shell, one typically smaller than the other. The name comes from its constructional similarity to the Udu – an African clay drum – and it can create a similar sound.

Harmonics: Overtones that accompany the fundamental pitch of a single note. Most handpan notes have a fundamental pitch accompanied by harmonics of a fifth and an octave above the natural note e.g. D3, A4 & D4 for a D ding

Helmholtz Resonance: This is the type of ‘wind throb’ effect handpan players can attain with the Gu/sound hole. It’s also seen in many African and Indian percussion instruments. Cupping or curving the hand over the Gu creates a sound similar to blowing over the top of an empty bottle.

Impedance: A phenomenon occurring in handpans where, due to the diameter or depth of an instrument, certain pitches sound stifled or dissonant. This is caused by sound waves/frequencies that do not properly align when travelling through the shell. This can also be called phase shift, wave interference or phase cancellation.

Innie: A ding that is shaped inwards, like a bowl. See also ‘Inpex Ding’

Inpex Ding: A ding that is shaped inwards, like a bowl. See also ‘Innie’

Interstitial: Any area of a handpan that is not tuned. These areas, often used for percussive techniques, are found between the tonefields, Ding, rim and Gu. See legend below.﻿

Knock: A percussive technique using knuckles, or bones such as elbows, to create a clear drum sound.

Major: This is one of the two main divisions of scales, the other being ‘Minor’. It is naturally more upbeat and happier than minor scales and can start with any note, so E major, G# major, Cb major etc.

Minor: This is one of the two main divisions of scales, the other being ‘Major’. It is naturally more mysterious and melancholy than major scales and can start with any note, so D minor, F# minor, Bb minor etc.

Mode: Basically, a mode is a type of scale, as in ‘doh re mi fa so la ti (or si) do’. Alter just one of those notes and you can call your scale a ‘mode’.

Nitrided / Nitration: One of three different steels currently used in handpan shell construction, the others being raw/regular and stainless. Nitriding is a chemical process that treats the metal in order to enhance rust resistance and tuning stability, as well as altering tone and sustain.

From these 12 notes, 7 of them are full tones and have a specific name (do, re, mi, fa, sol, la, ti (or si)) and the other 5 notes are identified by a sharp (#) or flat (b) of these notes. The sharps and flats are exactly the same note (ie C# is the same as Db; F# is the same as Gb), they are just written differently depending on the scale.

Outie: A ding that protrudes outwards, like a dome. See also ‘Apex Ding’

Pantam: A popular alternative word for the handpan. This term originated with an Israeli music store owner and is a combination of the words ‘Steelpan’ and ‘Ghatam’, two instruments said to have inspired the creation of the first Hang.

Pattern: A melodic phrase of notes, or a beat sequence used when playing and composing. On the handpan, patterns can be combined, linked, added to and embellished to create full tunes.

Raw/regular steel: One of three different steels currently used in handpan shell construction, the others being nitrided and stainless.

Resonance: The supplementary vibrations of a note when struck, which provide intensification and richness of tone.

Rim: The non-resonant metal edges that connect the top and bottom shells of the handpan. Often they are protected by a ring of rubber or rope. See also ‘Flange’. See legend below.﻿

Scale: A series of notes ordered by pitches.

Sharp: (1) A musical note – such as D sharp (usually written as D#). Sharps are a semitone higher than the natural notes. So, for example, the distance between D and D# is a semitone (whereas the distance between D and E is a whole tone).
(2) A tonal problem. Using a tuner, if one/more of your handpan notes is sharper than it should be (ie ‘out’ of tune), it will need re-tuning.

Shoulder: The flat area around the base of the Ding that connects the Ding to the interstitial/non-tuned parts of the handpan. See legend below.﻿

Shoulder tones: Highly-pitched frequencies found on the very edge of a tonefield, most usually around the Ding. Not all shoulder tones are tuned to a handpan’s scale.

Singing the Ding: A ding can be ‘sung’ from friction created by a smooth back and forth rubbing movement with either a player’s palm, side of the hand or finger(s). Sometimes this technique is achieved with violin rosin. The result is a highly-sustained pitch.

Slap: A percussive technique using a slap of the hand, fingers or part of the hand on any area outside of the tonefields.

Stainless steel: The most recent of the three different steels currently used in handpan shell construction, the others being raw/regular and nitrided. Stainless steel handpans often involve a chromium or titanium alloy that are particularly resistant to air and water, and thus also less liable to rust.

Sustain: The length of time that a sound resonates or holds. See also ‘resonance’.

Sympathetic Resonance: Otherwise known as sympathetic vibration, this occurs in a vibratory body such as a handpan, where tonefields respond to external vibrations/note strikes that have a harmonic likeness.

Tak: The percussive sound you make on the side of the handpan.

Time signature: Used in composition and as a way for players to follow music, the time signature defines the pace/tempo, the rhythm and details the number of beats in a bar. Usually expressed as a fraction on sheet music.

Tonefield: The flat, oval-shaped part of the note around the dimples on a handpan. These can produce 3 harmonics when struck (normally, fundamental, octave and compound fifth, e.g. D3, D4 & A4 for a D ding). The flat part around the ding is also a tonefield. See legend below.﻿

Tongue Drum: A metal percussion instrument with cut out tongue-shapes that vibrate/produce sound when struck, either with hands or hammers.

Top shell: Also called the Ding side or shell, this contains the central Ding and most, if not all, of the notes of a handpan.

Don’t miss out on our biggest event of the year! 🎉

Get the chance to win one of

I hope that was useful! Please shout my way if you come across any mysterious word or term not included above, or if you think of any other entries that should be in our glossary, and I’ll happily add them. Let’s help one another out… especially for those just entering the handpan world.

Do you want to buy a handpan? Here's all you need to know