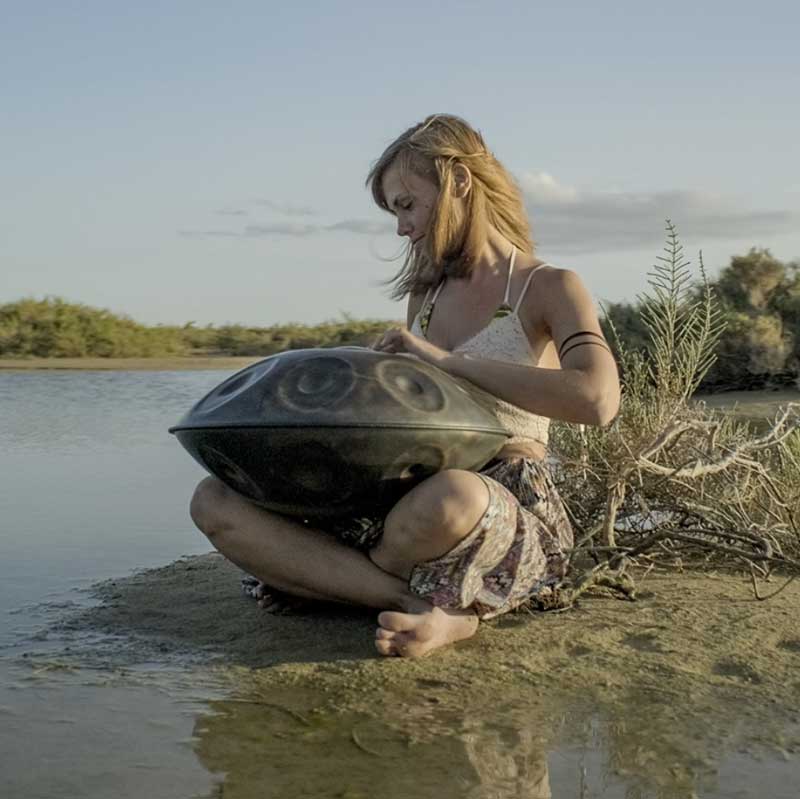 Mayiia is a German singer, composer and multi-instrumentalist. Her compositions move between jazz, pop, ambient and world music. Mayia's compositions are permeated with atmospheric sounds and powerful rhythms, which she underpins partly with synthesizers and partly with the sounds of the handpan. Whether spoken text, improvised sound or sung song lyrics, Mayiia plays with the possibilities that her voice offers as an instrument.

With the handpan in her luggage she travels through Europe and has appeared at the Griasdi - World Music Festival in Austria, the Copenhagen - Songwriters Festival and the Auditorio Alfredo Kraus.

In 2019 she founded her own trio, with which she will tour Europe in autumn 2021. The solo EP "Sivelado" is followed this year by her debut album "Here I paint", on which various guest musicians can be heard. Her single "Paint" was released on September 27, 2020.