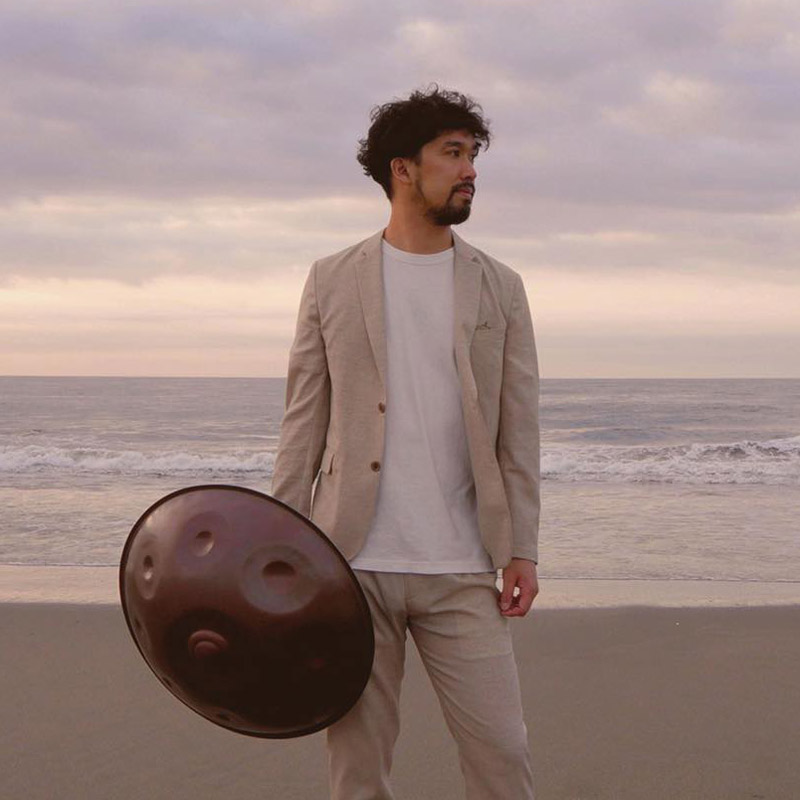 A handpan player travelling around the world, TAKAO MINEMOTO. Born in 1985 from Hiroshima, Japan. Being as a percussionist until May 2015 when I met the handpan maker SONOBE. With this opportunity, I began my life as a handpan player with a wish to heal people with healing music. In Apr 2016, I quitted my job and set off the busking journey(earning a living by street performance) travelling around 13 countries. In Oct 2016, an one-hour handpan and piano healing music CD “On the night when the moon sheds dew” was released. In Apr 2018, the 1st album “d” was released. In May 2019, the healing CD “The earth” was released. Though now based in Tokyo, my  work is not only confined to Japan but overseas including busking, live event, workshop, music provision, dance or yoga, collaboration with different musical instruments.