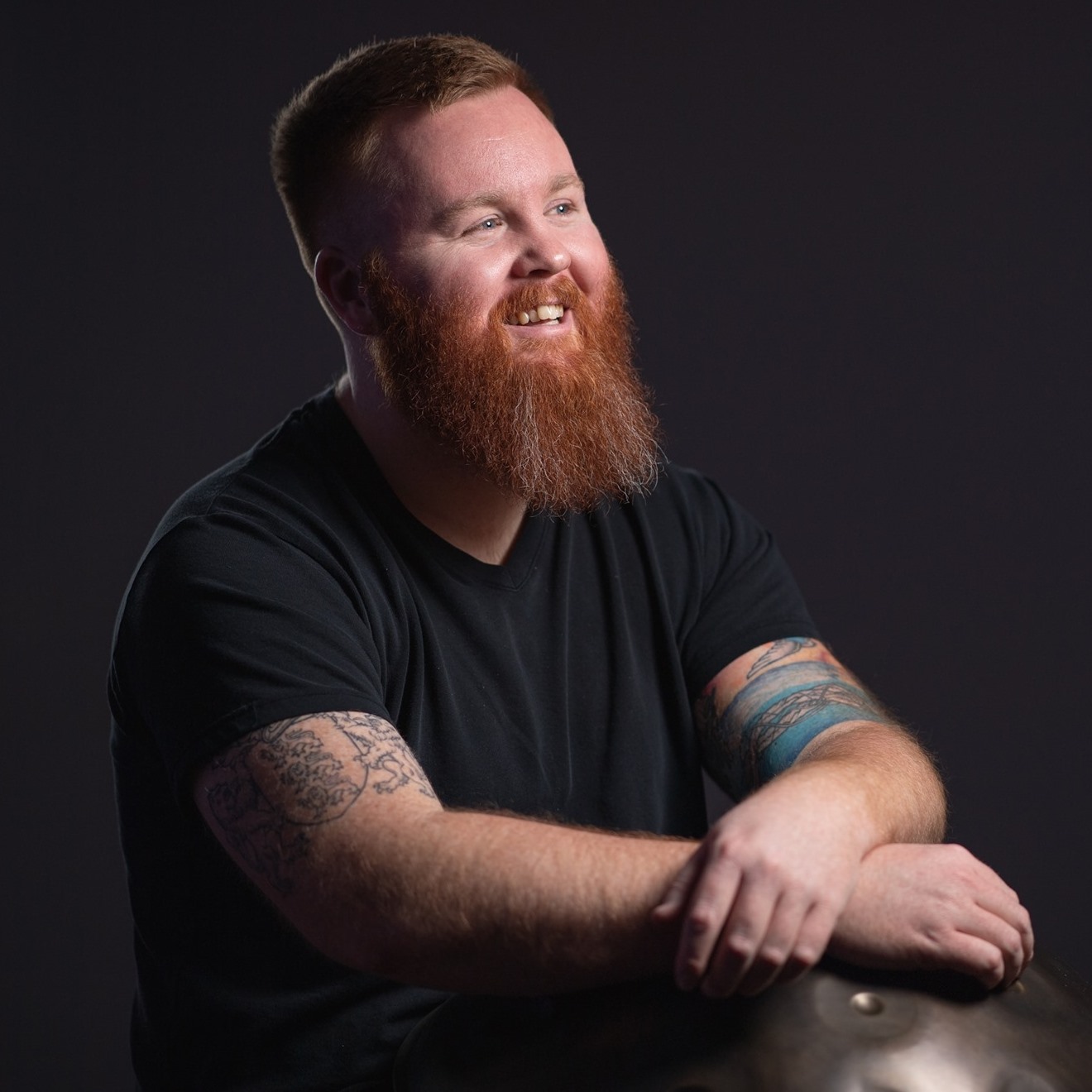 Dan Mulqueen is an American multi-instrumentalist from New Jersey. He has been playing drums since he was ten years old. Over the years, he’s played in many bands in every genre from rock, metal, hip-hop, jazz, blues, latin, hardcore, EDM, reggae and more.

He came across the handpan in a Davide Swarup YouTube video in 2007. It was love at first sight. While waiting for his first pan, he found an old cymbal that he didn’t use anymore and put 8 stickers around the circle to start practicing the scale runs and wrist movements he observed in others players.

As soon as he received his pan, he practiced for hours every day, and even though it wasn’t a ‘top shelf’ instrument, he was determined to get the sounds out of it that he heard online.

From years of playing drums, he was never one to blame his shortcomings on equipment…he firmly believes that a good drummer can make any drum set or cymbal sound good…so why should the handpan be any different?

Determined to push the limits of music revolving around this instrument, Dan's playing style is both beautifully melodic and intensely percussive. When teaching, he invites his students to experience elements of different grooves and multiple genres all broken down into an easily digestible format.

He has recorded 3 handpan albums so far: Until I’m ready; Late Night Sound; and Handwriting. They also feature instruments such as upright bass, piano, electronic beats and guest vocals.

No matter what kind of music you're into, Dan has something in his catalogue for you. So kick back, relax, and enjoy the sounds of Dan Mulqueen and the handpan!

Learn to play with Dan Mulqueen

Nurture your own style